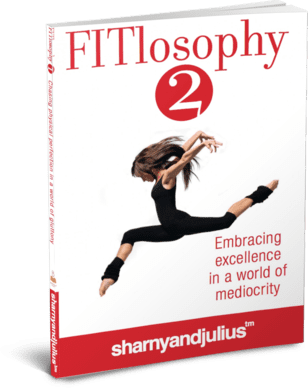 This is an excerpt from the book FITlosophy 2.

As those threats have waxed and waned, a threat far greater and far more sinister has infected us. Slowly seeping into the arteries of society, poisoning humanity like a plague, it is now at an all time high. The threat level too great to ignore.

The very fabric of society on the verge of being torn apart by a monster we created ourselves.

Perhaps we have gone too far to turn back?

Communism, nuclear holocaust, terrorism? All threats that come from the outside. This devious, evil old threat has come from within. It’s a sickness, a poisoning of the mind.

Already it has infected more than two thirds of the population. It’s growth is exponential, yet it is so subtle, so omnipotent that apart from this unnerving feeling that something is wrong, almost nobody knows it’s here.

The ones who do know it’s here, know it’s real, are either too afraid to say anything or are infected themselves.

There is not even a word for it yet, so right here, right now, we will create one.

It’s a terrifying affliction, killing people slowly – from the minute it gets it’s claws into them, it begins poisoning, destroying. What starts in the mind, moves to the body. Then spreads to family and friends.

Of the 7 deadly sins, it embodies 5.
gluttony, greed, lust, envy and sloth.

People who are infected with OOC become zombie like. Self awareness and self respect forgone, replaced with cold obsession. A perpetually unsatisfied appetite for consumption. Over consumption. Excessive overconsumption.

For now, the consumption is of substance, possessions and entertainment. These poor souls who once enjoyed a life of experiences, now work all day to pay for their addictions. Like a parasite, their unstoppable appetite is killing the host.

Once, they ate to live. Now, they live to eat. Never far from a shopping mall or a supermarket, they spend the time they are not eating, satisfying their next greatest hunger – possessions.

A few decades ago, people went shopping once a week or once a month. And what were we looking for then? Quality. Something that would last forever, we were prepared to part with more money for better quality.

Quality is irrelevant on the buying decision tree of an OOC. “Is it cheap?” is the first question, then “do I get a lot?” before “does it make me look good?”

Buying a pair of pants for example. People used to pull on the seams to see if the stitching was sound. Nobody does that any more. But why bother? The pants won’t be worn for very long. OOC’s don’t like people to see them in the same clothes more than once. It looks badly on their social status. Another consumptive source. Instead of looking for the beauty in nature or conversing with other people, they bury their faces in the ‘smart’ phones, scrolling the social feeds, mindlessly consuming gossip.

The only saving grace we have for what is left of the human race is that most people infected with OOC are easily recognisable. No mask, no clothing, no make-up can hide their gargantuan bodies.

A typical advanced OOC sufferer looks like an overstuffed maggot. Fat bulging out of every corner of their bodies. Eyes like tiny beads, nearly hidden behind thick layers of fat on their faces.

Breathing laboured, they sit immobile, food in hand staring blankly at their mobile device, fixated by what self affirming victim entertainment they can consume there.

Disgusting and sad, but they are there. They are everywhere. But we can’t blame them. They are like zombies. They have no idea how badly they are affected or infected.

When someone tries to help them, tries to point out to them that they are trapped, they fight like animals. Years of self oppression and sickness boils to the surface in a rage that cannot be contained.

Yelling and screaming condemnation like naughty children, they abuse the very people trying to help them. “I am not trapped,” or “I am happy the way I am” or “mind your own business”. They defend themselves with vigour, by defending their cage.

The cage that they created for themselves, the cage with no lock and no door. The cage of the mind. Their very salvation lies in destroying the only thing they protect, yet they defend it with their lives.

We’ve walked into the cage and shown them the way out. But they are too afraid of leaving. Too obsessed with their junk possessions, junk entertainment and junk food. Their piles of fool’s gold lying around the floor too much to sacrifice.

We’ve walked in and slapped them in the face. We’ve begged them, we’ve cried, we’ve shown them pictures of the world outside, but they won’t budge. They hate the cage, but they can’t leave. They hate being captive, but they swear they are free.

As we move on into a new era of humanity. Driven by more than just the superficial lusts for power of the first world, we are being separated, driven apart. What once was a brother or sister, will soon become unrecognisable, inconsolable. A self destructive animal bent over an instrument of hate.

For the OOC are starting to band together, mobs of them crowding up to defend themselves, and all against the people trying to save them. Instead of breaking the walls of their cages down, they gang tackle, beat and destroy the few people trying to help them.

Battle lines have been drawn. We are at war, the biggest war this world has ever faced. The OOC are moving forward. They are coming and they outnumber us 3 to one.

Oh but for the grace of whatever god still exists, we are still here. We believe. And as we believe, we will help. We will extend our hands into the mouth of the deranged lion, hoping we can cure its disease.

We are but two people.

And we are infected.