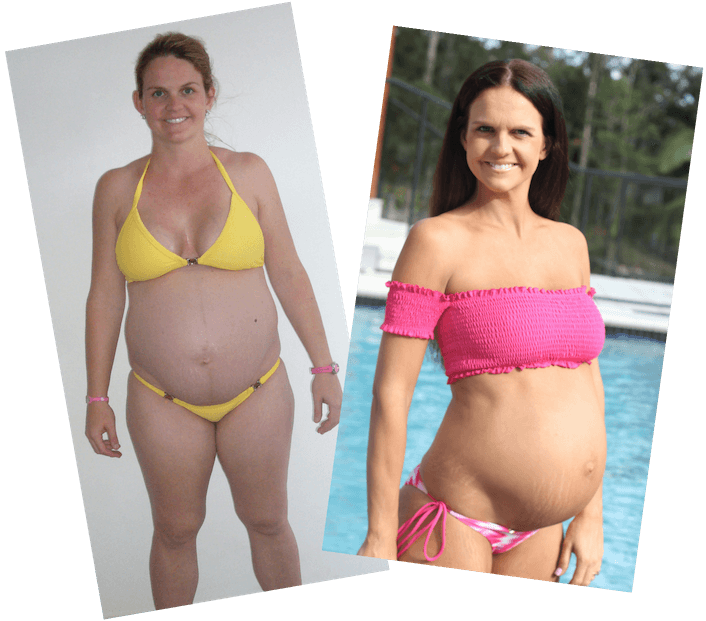 While it's amazing and so much more inspiring to see the thousands of beautiful pregnancy and birth stories PregFit creates, I get asked daily about my 6 pregnancies.  So here is my story.

Relax, you're eating for two!

"My baby feels like a big creamy doughnut..." I'd say.

My baby liked doughnuts, nearly every day. Then he came out. And I was still eating doughnuts.

I stopped breastfeeding and was still eating doughnuts...

It took me that long to realise that maybe it was just my fat ass that felt like eating doughnuts. 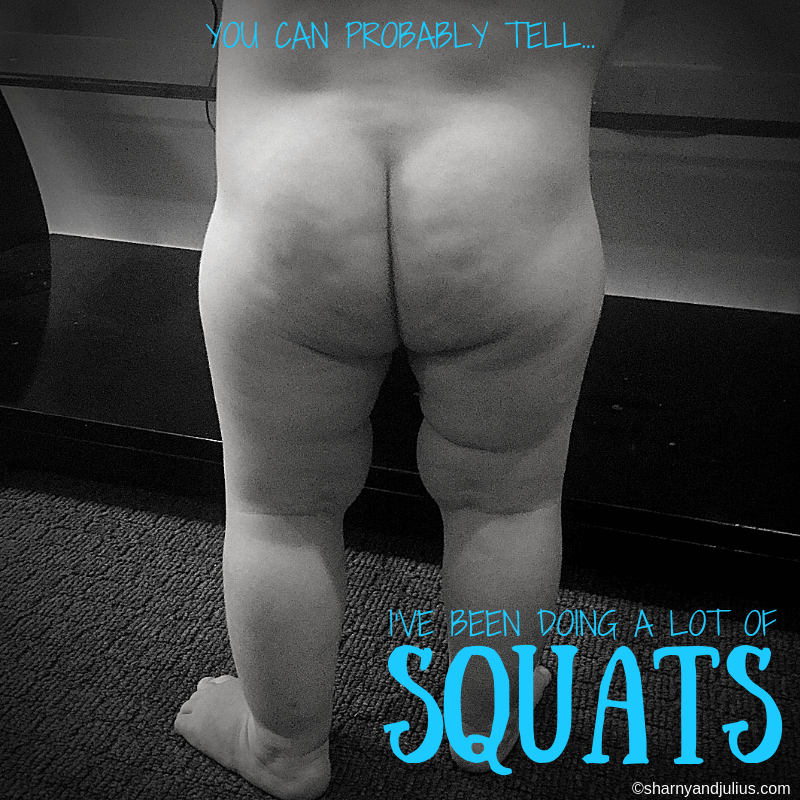 I hated my arse. In fact I hated everything. My outlook on life was fat on every level there was.

I can remember my teenage son avoiding eye contact with me so that I wouldn’t go off at him. That was when he was around. That poor boy avoided home… I barely saw him, and when I did, I just unloaded all my anger on him. Everything he had done or hadn’t done became bones of contention I’d carry around all day (with my packet of biscuits) so I could use them on his “arrogant teenage attitude.” 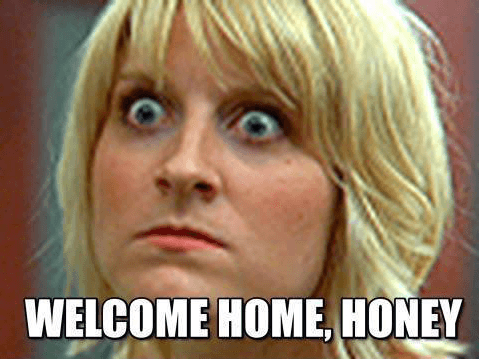 “It’s like having a monster in the house. The closer to home I get, the more anxious I get. By the time I get home I'm on edge. I sneak inside nervous about what mood she is in, and what part of the house she is in.”

I laugh now, but that monster was me.

Julius would avoid me because he didn’t want to fight, but I twisted it to he didn’t care about me.

When I saw him, I'd just be even more angry. Angry at myself for eating so much, for hurting and for yelling at him yesterday. So angry that I’d just scream at him again.

I blamed hormones, I blamed him, I blamed pregnancy, I turned against everything but myself. Because I was the victim. I was the one that this pregnancy was happening to.

Then the children were born and my behavior had become habitual. I blamed breastfeeding and lack of sleep.

I blamed having too many children and not enough money. These were all real things, and to me they were valid. But they just amplified the truth underneath:

…and the behaviour continued.

I got pregnant again. The cycle repeated for 3 pregnancies and then one day I decided that enough was enough. The house only ever saw joy when I was asleep. My husband didn’t want to come near me, my children were scared of me and I hated myself.

...I hated myself down to the core.

How could this have happened? Was I always this much of a bitch?

I remember having fun. Being fun. It was as if I had forgotten how to have fun. And when I thought about having fun, I just felt sad. “You’re a mum. You’re pregnant again. You’ve got bills and stress and… It’s all just too hard… you need to take this seriously Sharny.”

And there it was.

“Being a mother is serious.”

I knew that to be good at anything, I had to take it seriously.

But did I need to be so serious?

To take something seriously, do you need to be serious?

In my pursuit to be a good mother, I had taken serious to a whole other level - I had become an aggressive dictator.

I realised then and there that I could take mothering seriously and have fun at the same time.

Athletes take their sport seriously. But they also have fun.

To be at their best, a professional athlete needs to have fun.

Being in the zone, feeling it. That state of perfection where magic happens requires more than "serious", it requires letting go, trusting your natural instincts and having FUN!

The same way an athlete LOVES their sport, I needed to LOVE being a mother. 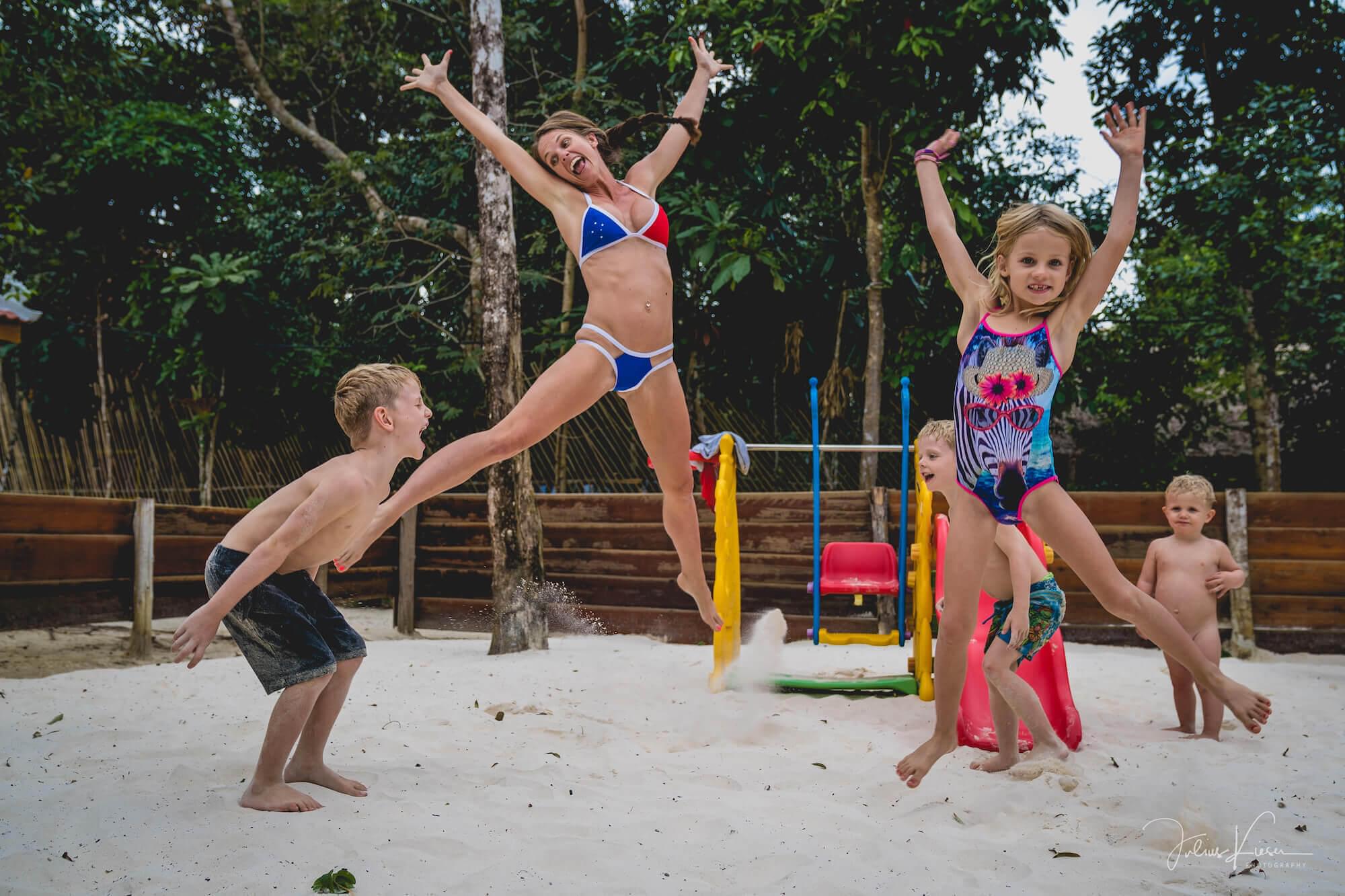 PregVICTIM was not about body shape, it was about being a monster, while believing I was the victim.

See, not once was body fat the real issue.

Sure, I had put on 30kg, but what I looked like on the outside was just indicative of what I felt like on the inside.

So I changed my inside.

And when I changed my inside, not only did my body change… my whole world changed.

I get emotional when I see another PregVICTIM. I can see myself in her and I just wish I could reach out and hug her and tell her “you’re not a monster…”

Does the butterfly see herself as a monster because she is no longer a caterpillar? 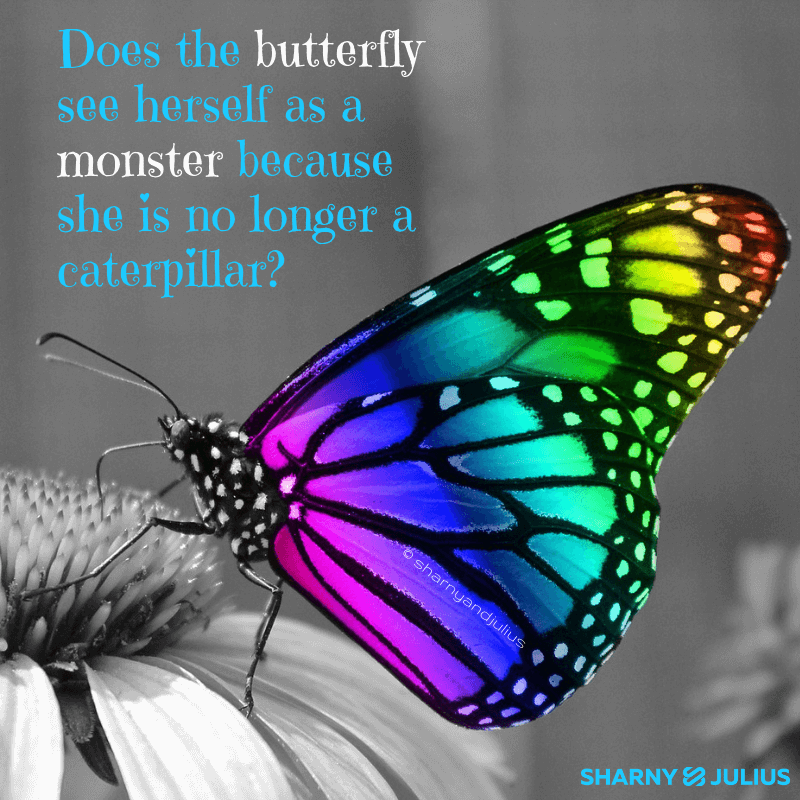 Pregnancy and birth are a complete transformation.

From beautiful girl to beautiful woman. It’s not just the baby that gets born. The girl is reborn, transformed. The girl becomes a woman.

All I did to go from pregVICTIM to pregFIT was to see myself for what I had become. I wasn’t a deformed caterpillar, I was a perfect, beautiful, magnificent butterfly.

Say it out loud.

Once you see yourself as pregFIT, you’ll be pregFIT. You’ll do pregFIT things.

You’ll eat to support your pregFIT body, which will become stronger because it supports your pregFIT mind… You’ll love the people around you. and you’ll love yourself.

And like the caterpillar who finally realises she’s actually a butterfly, you’ll take flight.

When I finally transformed, I felt as though I had been given a gift. A second chance at life. I was so lucky that I changed when I did. If I’d kept going the way I was, I would have caused irreparable damage.

the journey from pregVICTIM to pregFIT is so exciting and so individual and so personal for each mum. If I could wish for anything it would be that every mother gets the chance to experience a pregFIT pregnancy once in their lives.

Your journey, your transformation starts within. The joys of which will fill an entire book. I sat down to write my journey down one day and it ended up becoming a book.

Women have read my book and felt inspired by it and began their own transformations. Then they asked me to share more, so I did and that is what PregFIT program is.

The love and joy I get from these mummas on a daily basis literally floods me with happiness.

If you’re pregnant now, I URGE you to get the book and program for yourself.  I promise you that you’ll be a different person by the time you’ve finished reading it.

You’ll be pregFIT. But to be it, you've got to believe it's possible, then see that it's possible for you. That's what PregFIT does. 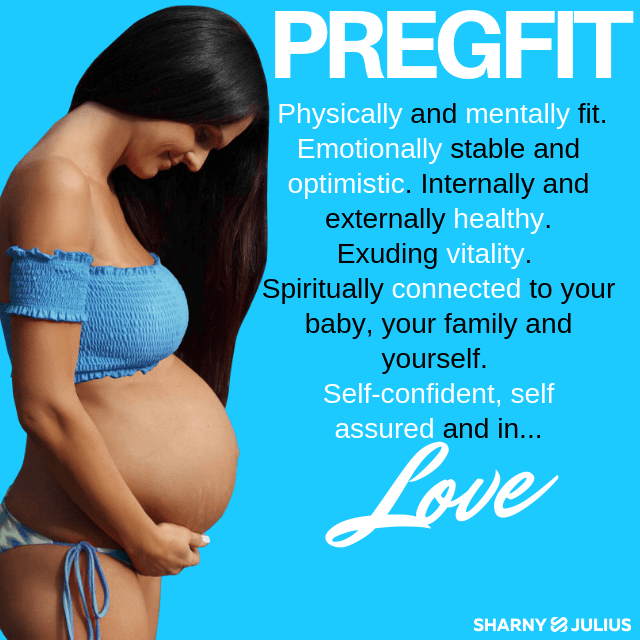 You don't have to be afraid of pregnancy any more.

With this program, I'll teach you to LOVE it (not in that positive talk convince yourself way, but in a deep transcendent love for the power and responsibility you have been chosen for - you carry life inside you)

PregVICTIM is a product of fear. Fear of doing something wrong. Fear of hurting your baby. Fear of being judged as a bad mother.

PregFIT needs to be born from courage. Know and BELIEVE that it is all inside you and you have all the tools and all the knowledge you need to do the right thing by your baby.

Your baby chose you for a reason. They believe in you so much, that they put their entire life on the line. They gave you total control. Now you need to stop giving away that control to your fears. To someone else.

That picture above... that's me. That's how I felt in my last 3 births and that's how I am.

I am physically and mentally fit. I am emotionally stable and optimistic. Internally and externally healthy. People tell me I am exuding vitality and they are right!

I'm self confident and I'm just in LOVE!

And you can be too!

But that's just a tiny taste of what's possible...

I made a whole infographic on the changes I've seen in myself. Below you'll see them, and the ones I've listed are the most remarkable ones. So many little things have changed for the better, but I'll leave them for you to discover for yourself in your journey. 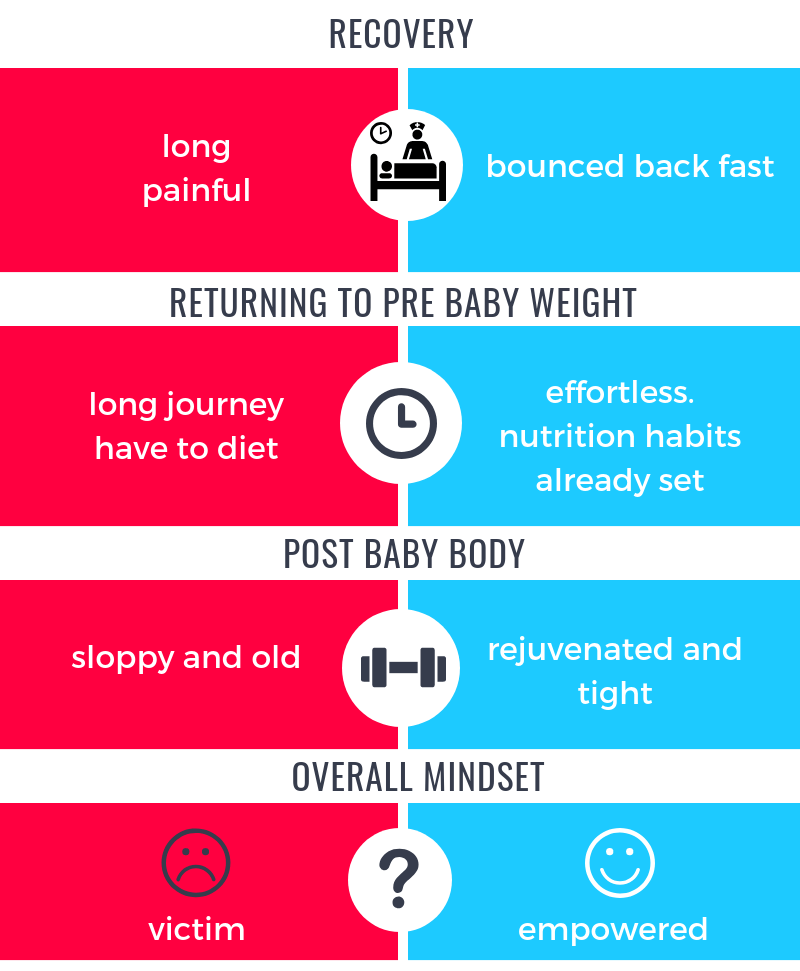 The choice is yours

Copyright 2022. All Rights Reserved by sharnyandjulius.com