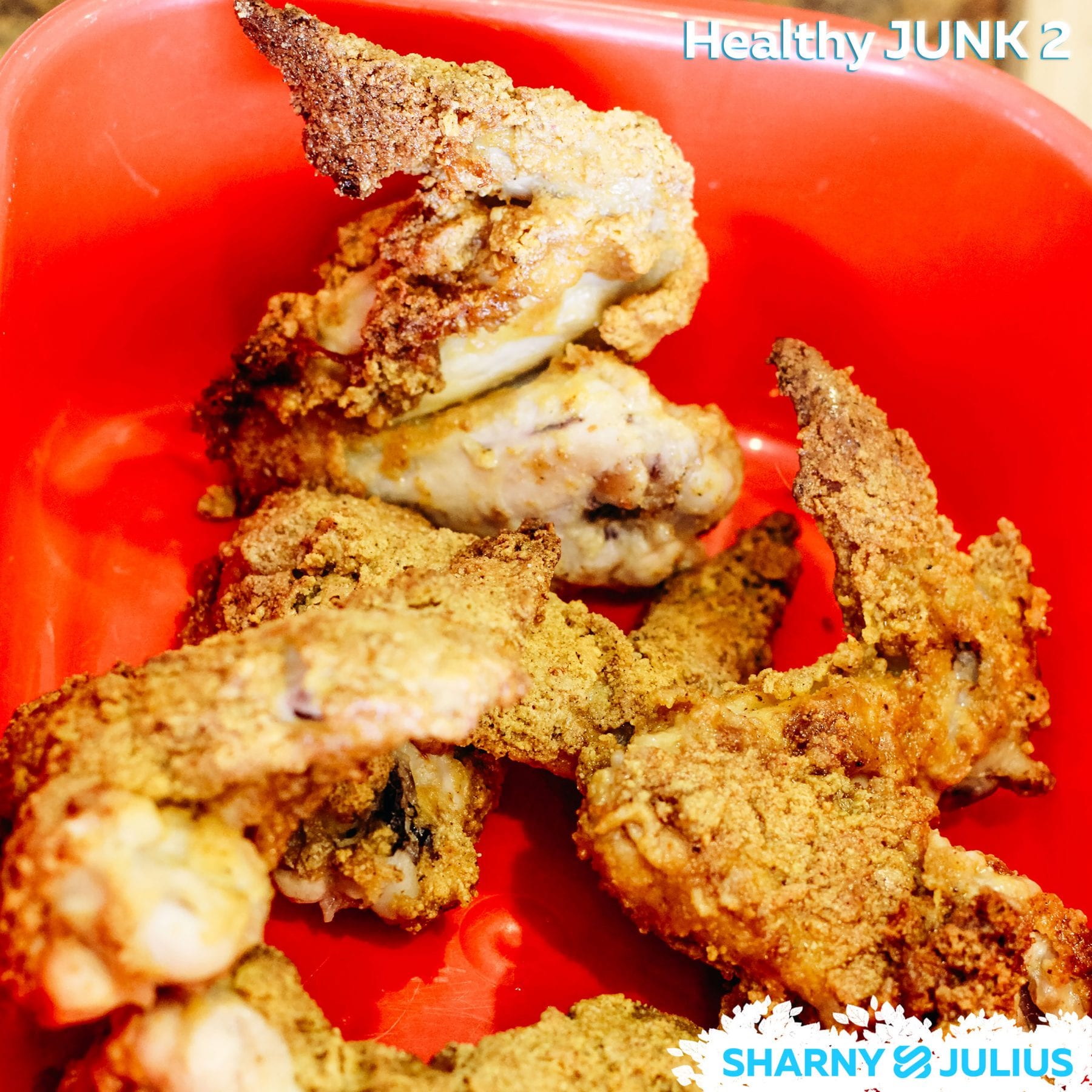 A healthier version of KFC Wicked Wings that you can cook at home!

If you don't know what KFC Wicked Wings are, ask a teenager, preferably a boy. It's a cult hit among Josh's age group (18). We've tried them... ahem, for research purposes... and we can see why they are so popular.  But the fat content is through the roof, because they deep fry a chicken wing with the skin on (skin = fat).

So we set about trying to recreate wicked wings.  Quite a tough ask, because we first had to replicate the unique taste (and crunch), and a chicken wing is a chicken wing.

So after kidnapping the colonel and shaking the spices out of his puffy little paws, we decided to spread the secret. So it was no longer a secret!

What we've come up with has been tested by the boys and have passed with flying colours. Josh and his friends simply can't tell the difference in taste - even though we stripped the skin off!

Choose your hot sauce depending on your preference for spiciness!