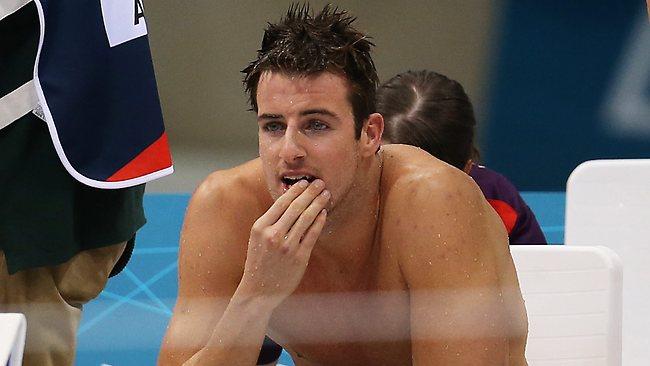 Dear opinionated reporter. Before you feel it is your place to run down James Magnussen, put your big mac down for a second and read this, please. James Magnussen, an athlete at his peak fitness, his skills honed and honed, the taper is complete, the last meal has been eaten, the tracksuit on. The hours are ticking by slowly with nothing more to do than think.

4 years in the making, it has come down to this. You, oh mighty critic, have deadlines that come and go. An olympic athlete’s deadlines are 4 years apart. They work more hours than you ever have, for less pay than you do, for a goal so far into the future, we mortals can only pretend to understand. For many, there is only this one one chance. 4 years is the maximum life span of many athletes.

James has done all he can, and he’s hoping that it is enough. In his mind, he will retrace the last 4 years. The magnitude of the task ahead of him is so thick, he can feel it. He can taste it. He’ll be scanning his body for any sign of weakness, any twinge, any doubt.

The butterflys in his stomach will not settle, and his baackside is raw from so many nervous trips to the toilet. He is not hungry, feels sick at the thought of food. He drinks water mechanically. He can’t think about anything else other than how slow time is going.

As the seconds tick by, he will internalise. His nervous conversations seem to happen outside of him. they don’t register – like people talking in the hallway. He’s surrounded by thousands of people, but is all alone.

Except for the voice inside his head.

Swimmers know this voice well. They spend hours upon hours with it – they can not escape it. They must embrace it.

Ask anyone about their internal voice and they will agree that under pressure, it is a cold heartless bastard. An athlete’s internal voice doesn’t want him to get hurt, so it will come up with convenient reasons as to why he will fail. It will present them quickly, one after the other in a very, very convincing fashion.

You may think it has something to do with you, or that the athlete is arrogant? Don’t flatter yourself. His answers to interviews are autonomous. He is hearing you, but only through the translation of the malicious internal voice. The voice that keeps telling him “you’re going to let everyone down”. The voice that keeps looking for reasons, for justification.

No athlete wants to let anyone down, so they fake confidence. It’s worked before. They just have to believe it. The more they fake confidence, the quieter the inside voice. In high pressure situations, the voice is even louder. If you’re the favourite, you have to shout out your confidence, just to keep sane. This is why everybody prefers to be the underdog.

But you wouldn’t know that. You sitting there at your computer, typing your nasty words. Convincing your readers how one of your own countrymen has let them down.

You have no idea how much damage your words can do. You say he will live to regret this for the rest of his life, you’re right? Because when you’ve long gone onto your next victim, he’ll still be living with your cutting words. His internal voice will be reading them to him. Again, and again. You’ve done a great job of wounding his confidence, the only weapon he has against his internal voice.

I say you are letting your countrymen down. You don’t have the right to judge an olympic athlete’s effort. He’s sacrificed more in the last four years for his country than your entire genetic history has.

Why is it that we hate confidence so much? Would you have preferred that he talk himself down before the event? Sacrilege. For a confidence athlete like Magnussen, if you see modesty, be afraid for him. For that man is losing a battle with his inner voice.

It has nothing to do with you, nor should it. Maybe we would have more medals if our critics could help our athletes, rather than find fault. When next you see an athlete showing confidence, help him out. Outward confidence is inward turmoil.

Instead of feeding his internal voice, his doubt; give fire to his confidence.

Here are some words that will go a long way to helping your athlete, and therefore your country:

“I believe in you”

Who knows, maybe your words will be the tipping point.