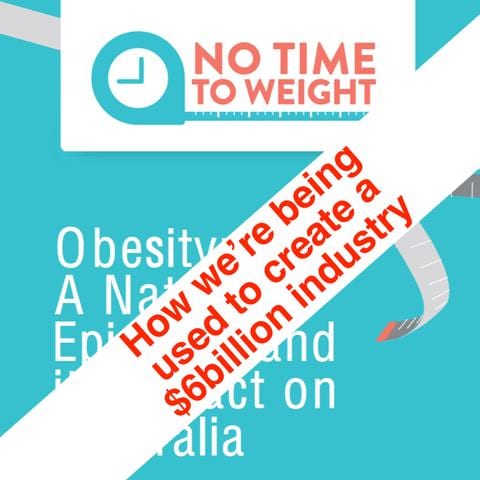 We just finished reading the Obesity Australia Report which can be read by clicking here.

After reading it, we have 4 MASSIVE points to make.  Here they are:

90% of Aussies are predisposed to obesity?

10% can eat whatever they want and do nothing physical, and not gain weight.  Skinny fat.  These people have no gauge, no way of telling how dangerous their diet and lifestyles are.  They are at the same risk of death as their obese friends, but nobody would know until it was too late… Maybe we ought to feel sorry for them, rather than call them “lucky”.  It’s not about looks, it’s about health.

So, do not read this is “I’m in the 90%, so no matter what I eat, I’m going to become obese – let’s get takeaway and watch the Simpsons.”

Instead read it as “90% of us will become obese, if we eat junk and don’t exercise.”

So the salient point is if I eat junk and don’t exercise, not no matter what I eat.

This is a very important distinction to make.

Is genetics a good enough excuse?

Let’s do some maths.

On an average salary of $30 per hour, that means that for 4 ½ weeks of your working year are for obesity.  That means for one whole month, every single working person in Australia is not working for themselves, or the government or their families; they are working to pay for our obese population.

Money over health soon becomes money to pay for health.

Labelling obesity as a disease?

Obesity Australia is saying that labelling obesity as a disease will reduce the stigma associated with obesity.  I’d like to get some input into this; but my understanding is that having a disease carries with it an underlying stigma. Not externally but internally “why me?”

But before we go there, wouldn’t reducing stigma (by whatever means) automatically make it OK to be obese.  It absolves anybody of personal responsibility.  This did not work for smoking.  What did work?  Shame campaigns, banning smoking in public, showing people what their choices are doing to them.  Making people painfully and personally aware of their own responsibility.

Smoking a cigarette is a choice, just like eating a burger is.  Both carry the same addictive qualities, but Aussies have all but beaten smoking.  So we can beat overeating.

Secondly, why label it a disease?  What’s the payoff.  It seems odd that so much research money would be spent to soften people’s feelings.  Does this sound odd to you?

It just didn’t sit well with me.  It never made any sense.  All this money, and the scientific conclusion is “let’s reduce the stigma of obesity, that’ll cure it.”

Well, a little research uncovers a press release by Novo Nordisk in May last year for one of their drugs (called liraglutide) proudly informing investors and shareholders that liraglutide is in phase III clinical trials as a weight loss drug.

How wonderful.  But Novo Nordisk is publicly listed company; one which recently (2010) took an FDA slapdown because they didn’t disclose side effects of Victoza.  Victoza is the brand name for liraglutide; currently used for diabetes, but with side effects that include thyroid tumours and pancreatic cancer.

The box warning on Victoza says: “Because of the uncertain relevance of the rodent thyroid C-cell tumor findings to humans, prescribe Victoza only to patients for whom the potential benefits are considered to outweigh the potential risk”

In 2013, Novo Nordisk had to pay back 3.6Billion DKK ($716Million AUD) to the Danish tax authorities for transfer mispricing.

Now let’s average that out over the Australian Obesity population.

$20 per day x 6.3Million = 6.6 billion dollars per year that Novo Nordisk stands to gain from administering Victoza to people with obesity in Australia.  It can’t do that yet, though, because it need approval.

Approval can only be granted to drugs that help a disease.  Obesity is not considered a disease yet.

Isn’t that interesting that the conclusion of this report is that we need to “recognise obesity as a disease”?

Finally in the conclusion, of the report, we can read this:

“By recognising obesity as a disease, prevention and intervention for obesity could also
receive greater coverage [funding] from both public and private health insurance”
“Two things are key to a long-term solution. The first is educating parents and young children in food and health
literacy. The second is effective and safe obesity therapies with minimal side effects. Hypertension is a condition
affecting ~30% of adults which is controlled by medication: we need similar medications for the disease of
established obesity.”

Am I living my integrity? (Inspirational Video)