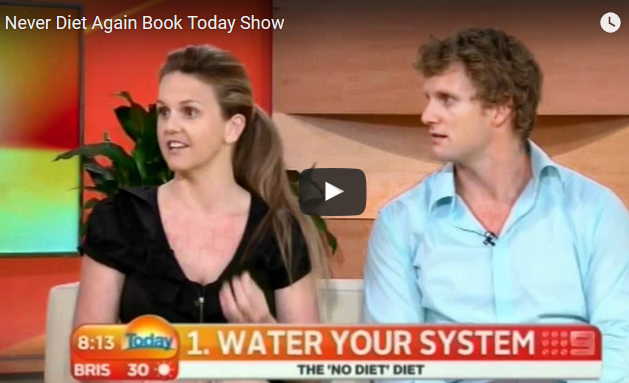 On Monday we got asked to appear on the TODAY show in Sydney, the producers had organised flights for us, we just had to get on the plane and everything else would be taken care of… except that they wanted us there Friday, and didn’t know about our 2 little ones. So, a couple of phonecalls later, and we had scored ourselves 4 return flights from Maroochydore to Sydney. What a manic couple of days that was! within 26 hours, we managed to fly from the coast to Sydney, drive a hire car under the harbour (Julius was pretty excited by that!), get into our hotel at 5pm, only to head straight out to get me an outfit to wear (lucky it was late night shopping), catch up with a few friends, do interview, check out of hotel, fly home. With 2 screamers… And 2 babies.

It was quite an experience, the interview went so fast, and what you don’t know as a spectator is that the entire show is scripted; they even told us what to say! Except that the host went off script, which completely took us by surprise after we had been told to “not deviate from the script”. Anyway, our first brush with TV was an experience we will cherish for years to come. The people at Channel 9 are so helpful and so kind; they even had someone look after the kids for us while we were on set. Julius thought it was so funny that we were referred to as “the Talent”.

When we wrote the book, Julius said that he would be stoked if at least one person would read it, but this weekend, we sold 1,264 books by offering “free postage and an autograph to the first 20 buyers.” We just didn’t expect much, so didn’t put that ‘rule’ into our shopping cart software. So here I am, signing over 1,000 copies of our book. I hope they actually get read!

How to get RSI