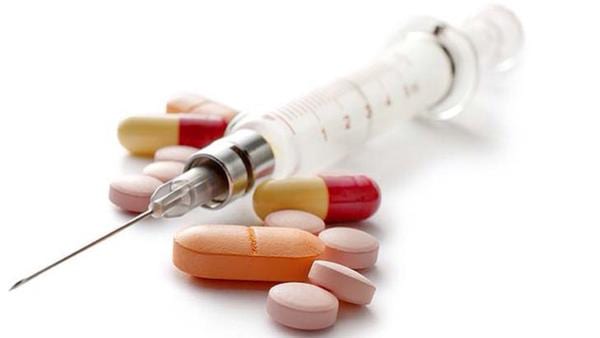 Why I won’t take steroids

Having done so many meal plans recently, we have come to understand people a lot more, and while you may think you are living your own unique version of body composition hell, the similarities are so striking and so many.

We wrote about Paleo and Crossfit a few days ago. Today, we (well, Julius) would like to touch on a subject that is a little taboo, but something we think needs to be looked at differently.

Before I begin I will point out a couple of things:

So here’s the problem…

For men, the bigger you are, the more manly you appear. Being manly is the number one subconscious priority of nearly every man. There are other ways to do it, like make more money, make more noise, grow a beard, get tattoos, wear dark glasses, have lots of women, ride a loud motorbike. All of these things together though, can’t seem to overcome the feeling of inferiority when having to look up to meet a bigger man’s eyes.

So what can we do? We get bigger.

Some guys do this by getting massively fat. I admit, an enormous man can be very intimidating. It takes logic to break the instinct. “how long would the fight last?” needs to be repeated to oneself to be believed. Obesity may make a man more intimidating, but it won’t make him more attractive, so…

The other way is to get bigger muscles. Hit the gym and get bigger. After some time, we realise that being bigger than we were last week or last month becomes more important than being bigger than “that guy”. The challenge turns inside, and this is where it can go one of two ways.

Number one, we want to get results faster. So we chemically enhance.

Number two, we realise that the capacity for hard work is the only other thing that can produce that instant respect from another man. Now here’s something in which every one of us, no matter our genetic makeup, can compete. The field of hard work is unstacked.

I’ll explain this better to you now.

To me, the sole purpose of body composition control (diet and exercise) is as a sort of report card on my life in general. The scope of this goes well beyond steroids, but I’ll cover that in a later blog post. I objectively analyse my actions every day, and the easiest to do that with are exercise and eating, because they are so repetitive and give unbiased feedback.

For example, if I dog a workout without finishing it, or just fade out during the last few sets, I’ll find I’ve done that throughout the day. The next day I’ll correct it, and find that the attitude of finishing things to absolute completion filters through the rest of my day.

If I’m angry in the gym, it’s because I’ve been doing something to cause that. If I’m avoiding the gym, I’m avoiding life in general and have some important (difficult) things or conversations that need to happen.

Now, when it comes to steroids, I find that the reason I want to take them (and I do sometimes want to) is that it would make my body look better. Not only that, it would do it in a shorter time period. But at what cost?

To me, it’s like borrowing money (family money, money meant to feed the kids) to buy an expensive car that makes ME look good. And who do I look good to? People outside of the family. Guys at the gym, other meat heads, other women.

So I’d take food and future from my children (who matter absolute most to me) so that I can maybe impress some truly insignificant people.

Couple that with the fact that if you’re not spending at least 50k a year on it, you’ll look like a roidy. So everyone knows you cheated and are spending money on yourself, not your family.

The third thing that I take into consideration is that I won’t inject, and any one of my professional body builder friends will tell you that orals absolutely destroy your liver. And I mean faster than an alcoholic destroys his, and these guys have doctors looking after them every single week, monitoring bloods and hormones etc.

So this brings up the next point, and that is unless you have a doctor working with you, you’ve got to get your gear from some dude at the gym. So it brings into question what the hell it even is, how it’s been handled, where it’s been etc.

Now, my mates also say that the most expensive and most important thing is the PCT (post cycle therapy). The stuff that you have to take to stop overproduction of oestrogen (think bitch tits, think emotional men, think low sex drive, low sperm count, different fat patterns).

Not only does it stop overproduction of oestrogen, PCT restimulates testosterone. It also needs to rebalance cortisol, because now the anabolism has stopped (and it does) you’re going to have a ferocious appetite and nowhere to put the food, other than fat. On top of this, the appetite is uncontrollable AND small things become big things (depression type symptoms).

Finally, most of the gains actually go away, because the size is from water weight, the strength returns to normal or less. Unless you do another cycle and another one and another one… Back to point one, stealing from your kids.

It’s like taking the rent money to hire a sports car with a “rent me” sticker on it, to impress people I don’t even know.

The final point is that if I do, I no longer have an honest feedback mechanism. I really don’t. And I need it, because it’s the only way for me to know I’m doing well at life or not. I like the idea that what I see in the mirror, or the feeling inside comes from my own hard work, not augmented by chemicals.

But that’s what I value most in life. Hard work. It’s very, very hard to come by in this world plagued by the “I deserve everything right now for free” attitude. It is this exact attitude that crushes potential and holds back real achievement. Chasing easy shit, gets you easy shit. And an empty life not worth sharing with your kids.

That’s just me though!

Related: IRONDAD: How to get big without steroids
Related: Why (and when) to stop Crossfit and Paleo

How to make healthy icecream with a Yonanas